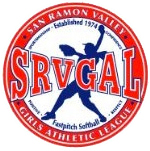 Jason Kicherer has been giving softball and basball instruction since 2004.  Past and present students have gone on to play for colleges including Swarthmore, Cal Poly, UC Davis, Chico State, Cal State East Bay, and Westmont.  Jason specializes in hitting, fielding, throwing, and catching mechanics in addition to offering video analysis. He also offers boys pitching lessons. He currently runs the Future Stars and Prep 43' programs and gives clinics for SRVGAL.

Jason has been part of the National Championship winning Danville Hoots since he was 19 and has participated in the Little League World Series as a head Coach. Jason won the National Championship in 1997 as an All Conference 3rd baseman for Chico State batting .372. He was an All Conference Utility and All Conference 3rd Baseman at Ohlone Jr. College. His last year at Ohlone he won the Batting Title with a .398 batting average and hit safely in every game (38 game hitting streak).